How about cross picking?

Thanks everybody for your feedback, encouragement, and reassurance! It’s good to know that I’m on the right track. I’ve been going a bit crazy these past couple weeks, but once I finished this announcement on Saturday I felt like I was starting to get a handle on things, and your posts have really helped in that regard as well. I appreciate it!

@DaveLidstone I would love to be connected with Jenn Butterworth, thank you! She sounds awesome. I have been thinking of booking a lesson/consultation with an expert in this domain anyway. I’m not sure about that “Only You” style backup… might be too far beyond Strum Machine’s focus on folk and acoustic styles (and their close descendants). But we’ll see! As for the can of worms, it’s fully open already… it’s just a matter of choosing which worms to put back in the can and which to— OK, bad analogy.

@DannyHarlow All these upgrades are already being paid for by subscribers like you. There will be no additional fees, no subscription cost increases… just more fun stuff for the same price.

@JohnStevens Everything is going to be tucked away under a single button next to the “key chooser” button, so unless you are wanting to change the strumming style there will be basically no change to the interface. (Simplicity and consistency rules!) The style-choosing interface that the button will show is a design challenge that I’m still working on.

@JimStricker I was originally planning to keep it “one style per song” for simplicity, but I will see if I can add a way to override the strumming pattern for different sections/measures without adding too much complexity to the interface…

@WayneDiffee I will probably save Bossa Nova / Samba / Latin styles for a future update, because as far as I can tell they use fingerpicking pretty much exclusively, and I’m focusing on flatpick-driven patterns. But once I tackle fingerpicking patterns I’ll include these styles as well.

@DaveSchmitt Boom Chuck with Crosspicking is one of the styles above…

@StephenStudley Most likely, custom-built strumming patterns will not be a possibility. Each strumming style is basically a little program (hundreds of lines of code) because there’s actually a lot of complexity that goes into making an artificial strumming pattern that sounds realistic across a broad range of situations. That said, I’m open to integrating Strum Machine with other tools in other ways – I love APIs in principle. If you have a specific idea for something you’d like to build, send me a message and we can see what’s possible.

These are fantastic! Let’s do it. It would be great to be able to switch styles anywhere in the song also.

This will be a monumental undertaking! I was elated when you added the slash chords. Having said this, I actually enjoyed trying to create an interesting walking bass line using the available chords at the time. It fostered a new respect for the use of diminished chords as an option for the V chord (not real common in bluegrass, but it sounds cool.)

Best of luck completing this task!

Thank you so much for all your work!!! I think you’re doing a fabulous job!!

A post was split to a new topic: Teacher membership?

Great job! You may want to change the name of “Dampened Strums” to Texas Swing. Also, add another version without the dampening and call in “Four to the bar”, which will give it more of a 40’s swing flavor.

I am trying to avoid genre-specific names like “Texas Swing”, since that style of strumming is used in non-Texas styles as well. I didn’t know they used a “four to the bar” rhythm without dampening – I thought there was always dampening on beats 2 & 4, at least. But I’m ignorant of many things. Can you point me to a recorded example that I can listen to?

I could greatly use the rhythms for SLOWER songs for HYMNS. I’ve started using StrumMachine to back up
Hymns and Southern Gospel for my SAXOPHONE instrumentals.

SO EXCITED ABOUT ALL OF THESE NEW PATTERNS! YOU’RE AWESOME!!!
Jim Jones

Here is a URL: 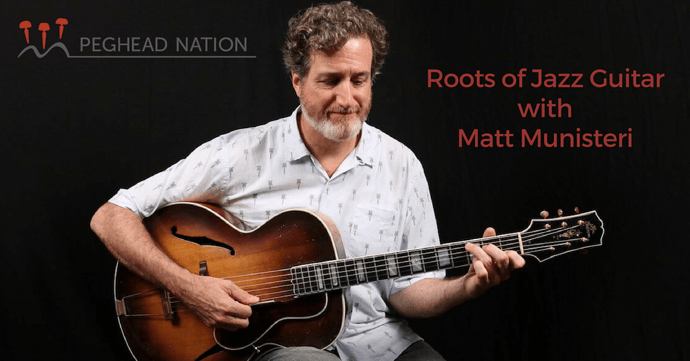 Skip to 1:40 to hear a four to the bar or quarter note chording. I played in a swing band a long time ago.

Great job here…in concept and with your examples. Many are outstanding!

I am with the others in wanting simple patterns that can be used across a wide range of older pre-war styles. Four to the bar would be the most versatile and probably the easiest to pull off. Here is a pretty good example (Frank Vignola rhythm comping for Satin Doll):

Four to the Bar - Satin Doll

This works best with shell voicings, but you should be able to make it work using standard chords. Avoid open strings, emphasize the lower strings (or maybe even just the middle strings), dampen heavily, a and use downstrokes for all 4 beats. This syle is about the percussive nature of the guitar as much as it is about the notes themselves. Syncopated upstock accents can be added, but there is no real need, and adding them here will just limit the versatility of the pattern.

In addition, a nice variation on this would be to fully dampen beats 2 and 4. This would get you more into gypsy jazz territory (but useful for many other styles, too).

Here is a decent video showing both styles as applied to All of Me in the gypsy jazz vein. Josh is playing 4 to the bar, using nothing but downstrokes. When Gonzalo is backing up Josh’s vocals, he is using a more traditional La Pompe. But both work and even at the same time. I suspect Josh knows that he is wise to play it safe when playing with a stylist such as Gonzalo and that might be the appropriate jazz strategy for Strummachine.

Thanks again and good luck with implementation!

Pretty waltz and arpeggios in waltz time would be useful!

Thanks for the links and elaboration, @LarryTanner and @SteveKing. I totally get it now and I did have that in mind as one of the patterns that I wanted to support.

My idea was to have “Dampened Strums” (or whatever I call it) be somewhat configurable, with something like the following options:

I think I would only used closed chords for this, and I’ll be recording these closed chords with only 3-5 strings (instead of reusing the open chord samples) to better reflect how people actually play these in real life. “Shell chords”, as you say.

I would also love to get my hands on one or more of those kinds of guitars they use in swing, gypsy jazz, etc., so that I can record it and offer it as an option in Strum Machine someday! But that’s way in the future.

Re: Strumming patterns: am I missing any?

Hello - Thank you for asking!
This is the best practice website ever - I love it and I keep telling others to go and try it.
I dont know if you’ve already included “Boom – Chuck-a, Boom – Chuck-a”

@JaysynSlayde I’m calling it “Boom Chuck with Upstrokes” because it encompasses more than just “Boom Chuck-a” – there’s also “Boom Chuck Boom a-Chuck-a”, “Boom Chuck-a Boom-a-Chuck-a”, etc., and I want to allow for the ability to have the strum change from measure to measure for variety. And of course, Tony Rice had a lot of super-tasty variation and syncopation in his strumming, which I’m unlikely to be able to emulate with code – it’s hard enough to emulate as a human!

Anyway, as a trad-bluegrass banjo player myself I know exactly what you mean and I will definitely be including this kind of rhythm in the new update.

Most likely you’ll be able to say "just play “boom chuck-a over and over” if you want that, although it will default to a more nuanced strum like the pros use.

Please, whatever you do, you have to do that Hank style Boom-A-Chuck-A!! It sounded so good and i would use it ALL the time! Also really like all the ones withy muted strums. Texas swing style stuff.

Your ideas for configuration are interesting. If done well, maybe genius! But don’t underestimate the power of a simple, but well done, four to the bar. That pattern is incredibly versatile for many styles. It doesn’t sound like much, but stays out of the way while giving the soloist lots of room.

As for having the right guitars, probably a plus. Have you thought about recording some well-known guest players? Just a thought. Could be a fun way to feature some folks and further spread the Strummachine gospel to new audiences.

Not underestimating the simpler pattern, no. I think having simple patterns (like “boom chuck” as well as “four to the bar”) available in Strum Machine sets it apart from some other backing-track tools that can be “too busy” for some situations. Either the simple pattern will be the default, or I’ll make it very easy to get there.

The Hank-style strumming has been surprisingly difficult to reproduce in a natural-sounding way, but I have other approaches to try and am nowhere near giving up on it yet!

As for recording guest players… the thing is, what’s actually going on is a mind-numbingly tedious process of recording clips of myself playing various combinations (hundreds in total) of strings/frets with various kinds of pick attack and so forth, then figuring out what particular samples combine in the most realistic way for any given strumming pattern, then writing code that makes sure the right samples are played (and muted) at exactly the right times… and I’m kind of doing it all at once (or at least thinking about it all as I record myself). So it’s not the kind of thing I can really get help with, and it’s not like you’d hear the personality of the person being recorded unless I can figure out how to program their style into the app.

Maybe someday I’ll get some famous pickers to do some demos of themselves playing with Strum Machine – that’d be super cool. But first, I need to give them better strumming patterns.

Walk ups and and downs at chord changes would make Strum Machine much more band-like. The new rhythms are super.